Bitcoin vs Euro: Comparison of the Largest Cryptocurrency with Fiat 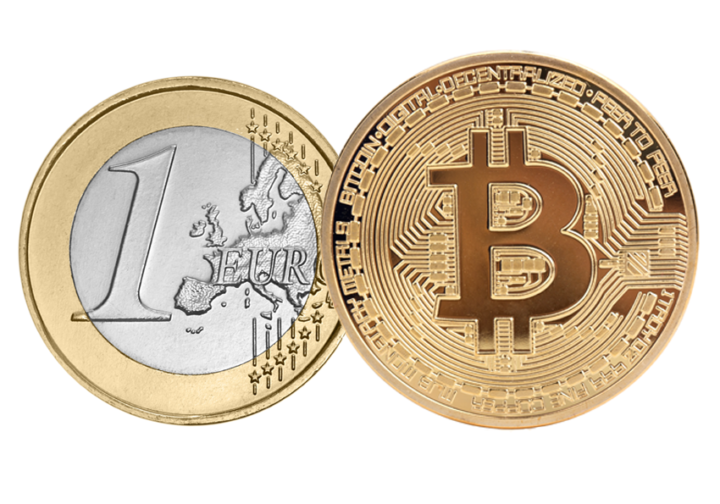 Bitcoin vs Euro: Comparison of the Largest Cryptocurrency with Fiat

During the crisis, billionaires and large companies began to actively transfer capital to cryptocurrency, explaining this by having many advantages over traditional assets. Against the backdrop of escalating inflation, Bitcoin is perceived as a defensive asset.

This perception results in the investment of prominent venture capital funds, banks, and other institutions in Bitcoin. The main investor in BTC is MicroStrategy, with over 109 thousand BTC on its account. Tesla was another major crypto investor, with an asset of 43.2 thousand BTC. Square owns 8 thousand BTC, and according to the results of the first quarter of 2021, the income from investments in bitcoin amounted to more than $3.5 billion.

Why Cryptocurrencies Are Better Than Fiat Money

More and more people are beginning to be interested in digital money and use it in everyday life. What new opportunities do crypto assets open, and will they replace cash in the future.

Cryptocurrencies cannot replace fiat money as long as they are the only means for paying taxes, accounting reports, and other forms of interaction with the state. Cryptocurrencies remain a relatively high-risk investment vehicle primarily because the population’s digital literacy is at a low level.

An important factor is the high volatility of cryptocurrencies compared to fiat money. It is impossible to overcome it in the foreseeable future while the national currencies of large countries are stable. The state acts as its guarantor, which ensures stability. There are already cryptocurrencies whose rate is tied to the rate of fiat money, but these assets have different niches so far.

However, fiat money has some disadvantages:

Why Is Cryptocurrency Better Than Fiat Money?

Among the advantages of cryptocurrencies are:

No one can restrict the user’s access to his cryptocurrency assets. In the case of fiat money, the regulator can freeze funds in bank accounts.

Cryptocurrencies can provide full or partial anonymity for users. When dealing with fiat, this is practically unattainable, especially for digital transactions. Cryptocurrency allows the use of financial services without the participation of intermediaries such as the Central Bank or other regulatory bodies.

Lower Threshold of Entry and Responsibility

Many people perform all operations with cryptocurrency on crypto-exchanges without using complex software. This provides a low threshold for entry into the crypto market. Cryptocurrency wallets are installed directly on smartphones. Gradually, their convenience becomes close to that of traditional banking.

Getting into the cryptocurrency market is much easier than entering the stock market. Using cryptocurrency services requires less data than banking services. But the level of IT literacy is required much higher. Cryptocurrencies put full control over assets in the owner’s hands, but the responsibility is also placed on his shoulders. You cannot go to the bank and complain that the payment has gone somewhere wrong. The sender is responsible for the error.

In the foreseeable future, fiat money will not go anywhere because this would mean a refusal of the authorities of various countries from monetary sovereignty. Many tools for managing the foreign exchange and stock market have also been developed specifically for fiat money. It will be necessary to completely abandon leverage with cryptocurrencies, which the authorities will not agree to.

In 2020, bitcoin is often opposed to the dollar and the euro. The reason is the limited emission, which no fiat currency can boast of. For example, because of the quantitative easing policy adopted by the Central Bank of the European Union, the money supply is growing, but the cost of the money itself is eaten up by inflation.

Thus, since May, the EURX index, which shows the euro’s strength against a basket of national currencies, has grown from 103 to 112 points. Against this background, Bitcoin strengthened much more actively, having experienced a local recession in the summer. Investors were actively transferring capital from fiat currencies to BTC as a defensive asset, judging by the dynamics.The regulator will not be able to restrict user access to his cryptocurrency assets. With fiat money, this can happen if bank accounts are frozen. Cryptocurrencies also provide a high degree of anonymity.

Bitcoin has several clear advantages over the euro:

Thus, using cryptocurrency to preserve capital is more profitable compared to the euro.

The euro is limited only by the imagination and requests of the typewriter of the Central Bank of the EU, which continues to uncontrollably print the currency. In addition, the political situation in the world and the high dependence on the situation in the international arena tell us unequivocally that bitcoin is a more reliable way of preserving value today than the euro.

Bitcoin is also not subject to the devaluation inherent in the euro. In this regard, the rise in commodity prices leads to an increase in the purchasing power of cryptocurrency. At the same time, Bitcoin remains a highly speculative asset. The revaluation that it undergoes sometimes remains out of sight of the broader market. However, in the current conditions of a deep crisis, economic recession of the world’s leading economies, and the euro’s devaluation, this phenomenon may become much more noticeable.

The price increase is the main advantage of bitcoin over the euro, however, and over other currencies. In 2021, the euro lost more than 200% against BTC. But this difference could become even more significant because BTC has growth potential that fiat money is not capable of.