In a technology-oriented world where every company, organization, and individual is cementing its digital presence to access and benefit from numerous opportunities available, the matter of cybersecurity comes to the first plan. Unfortunately, frequent cyber-attacks and data leakage have become the norm, pushing companies to make solid network security and data management efforts. Today, we constantly witness many network outages and security breaches, primarily due to attacks targeting organizations’ networks or vulnerabilities in software products.

That’s why correctly planned and implemented security measures have become a must for most organizations to avoid troublesome and harmful consequences in a safety aspect. And a comprehensive network pen test is one of the most efficient methods the industry experts recommend for securing networks and data infrastructure.

So, if you are also from the group of people wondering how to explore the potential vulnerabilities existing in your network or applications, then continue reading to find out the core steps for a productive network penetration testing checklist and methodology.

What is Network Penetration Testing?

With an increasingly growing number of cyber threats associated with networks, web apps, servers, and operating systems, the need and importance of constant security revisions become imperative. And this is precisely where the network penetration testing comes to light bringing various solutions like simulated attacks and ethical hacking for discovering security gaps and vulnerabilities impacting the target system.

In this context, a network pen test is a tool of significant importance that you can use to detect security misconfigurations and potential exposure of vulnerabilities that risk harming the company’s networks, applications, and data security when exploited by malicious hackers.

After thoroughly performing network penetration testing you can get various benefits:

As we have already ensured the mandatory nature of a penetration test, now let’s move and get into the network pentest checklist. Here we gathered a step-by-step guide you can follow while running a network penetration test for your company’s system. So, without further ado, let’s dig in.

The primary goal of the discovery phase in the network penetration testing checklist is to collect as much information and materials about the target network as possible.

It covers target network hosts and endpoints like IP Addresses, DNS Records, Host Names, etc. After getting IP addresses and URLs, technicians can use various tools such as Nmap and Metasploit framework to specify IP, DNS records, and certain server software versions.

Another piece of crucial information required is the open port’s availability. These are the most typically used openings for hackers to obtain unauthorized or backdoor access into a company’s network to install malicious scripts. Here, a pen tester generally uses porting tools to detect all open ports in the entire system.

You can gather these details via Network Information System and NetBIOS enumeration searches. Both of them are generally implemented in internal penetration tests.

Core details about employees and personnel, including personally identifiable information, can be gained via directory servers and web searches.

After gathering all the necessary information, it’s time to use it for running tests on the target system and searching for obvious security vulnerabilities. At this stage, penetration testers enlist the known vulnerabilities on the network without necessarily getting ahead to attack them.

Here you can use automated scans to test for network system vulnerabilities or choose the option of manual tests to perform a thorough penetration test with live technicians.

When the vulnerability reports are ready, you need to categorize and prioritize the security flaws and identify suitable targets according to their severity, as not all vulnerabilities are worth exploiting. In addition, it helps formulate a proper attack plan for exploiting the real-world attack vectors.

Furthermore, the pentesters can create a network diagram that helps them understand the logical network connection path.

After noting the typical targets for exploitation, it’s time to decide the most appropriate attack vectors for the vulnerabilities identified.

The critical phase of the entire penetration testing is exploitation. It is the process of probing the networks’ flaws and obvious vulnerabilities to determine whether they are exploitable or not. Due to this step, the companies can discover the most dangerous defects and problems that need to be resolved quickly. A penetration tester uses testing and password cracking tools such as Burp Suite, Metasploit, and Wireshark for exploitation.

The delivery and reporting phase is the final and most crucial step of executing network penetration testing. Generally, a detailed network pentest report covers the review of the entire penetration testing process and also the most critical network vulnerabilities that require a solution – in order of urgency.

Some reports will also include the screenshots of exploit attempts, a summary of security risk and vulnerability statistics, and a plan of further activity, including appropriate remediation solutions.

What is the goal of network penetration testing?

If in a few words, the main goal of a network pentesting is to discover and exploit vulnerabilities and potential weak spots in a company’s operating system that malicious hackers can exploit.

What is the difference between network pentest and a vulnerability scanner tool?

What tools are used to perform network penetration testing?

Here are a few security tools you can consider to conduct network pentests for your network.
– Nessus – It’s a vulnerability scanning tool meant for the vulnerability assessment process and software security. Nessus is an excellent option for finding software bugs and flaws.
– Wireshark – It’s a pentesting tool designed for audit and packet sniffing to monitor entire network traffic.
– Hydra – You can use it for gaining unauthorized access and brute-forcing login.
– NetCat – It’s a port scanning tool used to write and read in a network.

How much do network penetration testers earn?

The average salary of a pen tester is around $90.000 annually. This number can differ depending on the location, company, and job specifics. 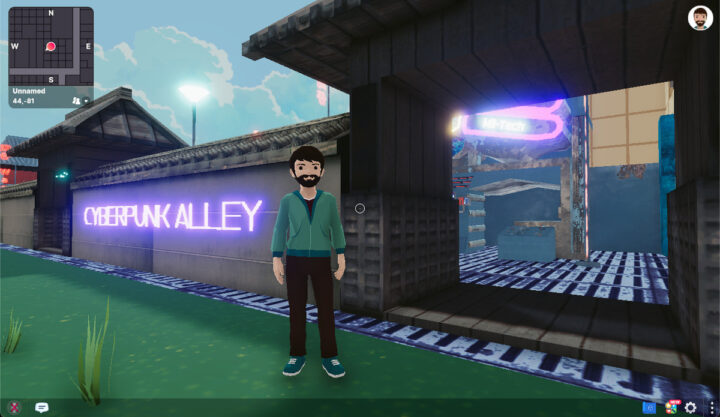 How to buy real estate in the Metaverse

Have you ever thought in your wildest dreams that one day you can have a chance to buy land that doesn’t exist in the physical world? With the fast growth of technology, everything becomes attainable with the blinking eye. Moreover, with time people spend more and more time online, especially after the quarantine. Considering this fact, developers try to find better ways to blend real life with virtual.

One of the most trending topics nowadays is Metaverse. The platform’s Marketplace allows you can interact with the rest of the users and make money. Of course, the primary way to do so is to invest and buy virtual land to obtain some form of a dwelling. It goes without saying that using virtual environments for work, studying, and having fun is an inevitable future for humans. Learn the ropes to buying a metaverse real estate and avoid any Metaverse security issues. Even if you have no plans to purchase real estate in the nearest future, the following information will be food for thought.

Why do I need virtual real estate?

The concept of the Metaverse is a topic of hot discussion nowadays. It became even more viral when Facebook and Instagram got a collective name, Meta. Mark Zuckerberg believes that Metaverse will be the next big thing and reported his intention to invest in this virtual reality area. Though virtual plots may seem like unreasonable investments, they are very similar to real-world real estate in many ways.

First of all, the virtual properties are limited as in the real world. If you possess virtual real estate, you own an exceptional parcel of land in Metaverse. You can do whatever you need with it, including creating income-generating structures or entertainment venues that charge entrance or boost a brand.

Then, Metaverse real estate provides unique parcels secured by non-fungible tokens or NFT. NFT Marketplace certifies your right and authorizes you to sell the property to another person or organisation.

Last but not least, the Metaverse is also democratized, which means that it isn’t owned by a single organization, person, or entity. Instead, anyone can invest in it and use available space, technologies, and environments.

Where to buy virtual real estate?

As the Metaverse grows in popularity, many governments, corporations, and celebrities are into business. Today’s most virtual land sale occurs on four Metaverse platforms: The Sandbox, Decentraland, Cryptovoxels, and Somnium. Yet, the services they offer are different. The parcel exists as a non-fungible token or NFT hosted on the blockchain.

The Sandbox is an example of a virtual world where players can getthe most of their gaming experiences. So players can rent or buy land and settle the way they wish. By the way, Snoop Dogg and Steve Aoki owe virtual land right here. Therefore, purchasing real estate close to theirs can cost you arms and legs. But, as they trust their data to a website like this, ownership here is worth considering.

Decentraland 3D virtual world allows its users to study digital space and buy virtual plots of land. Moreover, you can make your payment for a game with or without a crypto wallet. By the way, Decentraland uses its own currency, MANA. You can design digital assets using the Decentraland editor or external software when you are the certified owner.

Cryptovoxels’ virtual world services include building, adding, and releasing blocks and segments. Owners can also make their virtual replica a “sandbox parcel,” making it accessible for anyone to build on.

Somnium Space is one of the open virtual worlds with its own economy and currency. Here users can create fully customizable avatars, property, and experiences. Use a VR headset to get the most out of the game.

How to buy metaverse real estate?

In order to avoid rooky mistakes, there are several steps worth knowing before looking for a store. If you are interested in buying digital land in the Metaverse, there are three things to consider:

The Metaverse has its real estate specialists whom you can turn to. The industry consists of mortgage providers, market brokers, and agents. Therefore, it would be best for buyers to consult and work with brokers and agents to find and invest in the best Metaverse properties.

Time to explore an affordable Metaverse mortgage. One of the companies that offer this service is Terra Zero. It allows buyers to make a purchase on the top four Metaverse platforms mentioned above.

Terra Zero offers Metaverse mortgages and empty parcels that can be developed from nothing. There are also pre-designed, ready-to-use environments for events or gaming.

Are you curious about how to buy real estate in the Metaverse? To obtain virtual land, customers can:

Risks of buying virtual land in the metaverse

Investing overall comes with its share of hazards. Unfortunately, buying land in the Metaverse is not an exception. First, as it is a purely digital world for investment and value generation, you can feel insecure about having a place with no way to touch, let alone live in it.

Then, it can take a while to get a financial return from real estate as it will depend totally on the area and encompassing development. This is one of the reasons why only a few IT specialists buy virtual real estate.

However, there is no doubt that Metaverse real estate has become crucial for investors. Increasingly, investing develops its asset class taking into account many aspects that haven’t been explored yet.

Since you know how to buy real estate in Metaverse, now the ball is in your court! Make your investment and guarantee your future estate in the Metaverse.